Jin Shin Jyutsu Physio-Philosophy is an ancient art of harmonizing the life energy in the body.

Born of innate wisdom and passed down from generation to generation by word of mouth, the Art had fallen into relative obscurity when it was dramatically revived in the early 1900’s by Master Jiro Murai in Japan. 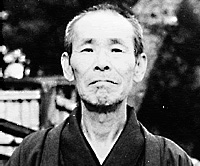 After clearing himself of life-threatening illness, Master Murai devoted the rest of his life to the research and development of Jin Shin Jyutsu, gathering insight from a range of experiences and resources, including the Kojiki (Record of Ancient Things).

The resulting knowledge of Jin Shin Jyutsu was then given to Mary Burmeister, who brought it to the United States in the 1950’s.

Mary Burmeister began teaching the Art to others in the early 1960’s, and today there are thousands of students throughout the United States and around the world.

Jin Shin Jyutsu brings balance to the body energies, which promotes optimal health and well-being, and facilitates our own profound healing capacity. It is a valuable complement to conventional healing methods, inducing relaxation and reducing the effects of stress. 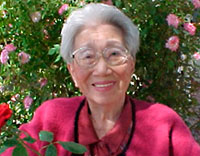 Jin Shin Jyutsu employs twenty-six “safety energy locks” along energy pathways that feed life into our bodies. When one or more of the paths becomes blocked, the resulting stagnation can disrupt the local area and eventually disharmonize the complete path of energy flow. Holding these energy locks in combination can bring balance to mind, body, and spirit.

Learning Jin Shin Jyutsu engages one in self-study, self-help. Through the process of “now know myself” we recognize the wisdom of the body, and we learn to interpret the messages provided and utilize them to restore balance.

Jin Shin Jyutsu can be applied as self-help and also by a trained practitioner. A Jin Shin Jyutsu session generally lasts about an hour. It does not involve massage, manipulation of muscles, or use of drugs or substances. It is a gentle art, practiced by placing the fingertips (over clothing) on designated safety energy locks, to harmonize and restore the energy flow. This facilitates the reduction of tension and stress which accumulate through normal daily living.

For those of us addressing existing stress or health disharmonies, or for those simply wishing to participate actively in maintaining health, harmony and well-being, the Art of Jin Shin Jyutsu is a simple and powerful tool, available to all!